Camille is a proud native of Las Vegas, Nevada. She attended Cimarron Memorial High School when it was first built in 1991, and played varsity basketball and tennis all four years of high school, which led to two State Championship trips, but unfortunately no titles were won. She attended a junior college in California for one year to play basketball and tennis, but then ended her sports career and began attending the University of Nevada Reno (UNR) the following year. She graduated in 2001 with a degree in Psychology and a minor in Spanish.

Camille subsequently worked for a non-profit orgnization in which she lived overseas for 2.5 years, learning languages and travelling to over 10 countries. After returning to Las Vegas in 2008, she began working for a Las Vegas financial company, as an office administrator. She was then employed by Clark County Department of Family Services for over 5 years. However, Camille later decided, along with her husband, to take on another form of employment allowing her to be with her children more. She began working for V.I.P. Landscaping as the billing clerk and payroll administrator, which she has enjoyed doing for the past 2.5 years. She enjoys working for V.I.P. Landscaping and seeing the strides the company is making to better serve the Las Vegas Valley.

Outside of work, she enjoys spending time with her family, working out, and serving in the children’s department at Grace Point Church. Once Camille’s children are older, she wishes to continue to travel to more parts of the world and continue to learn about other languages and cultures. Camille has seen Las Vegas go through many changes and grow from a small town to a large city. It has been her pleasure serving the Las Vegas Valley these years; she hopes for many more to follow. 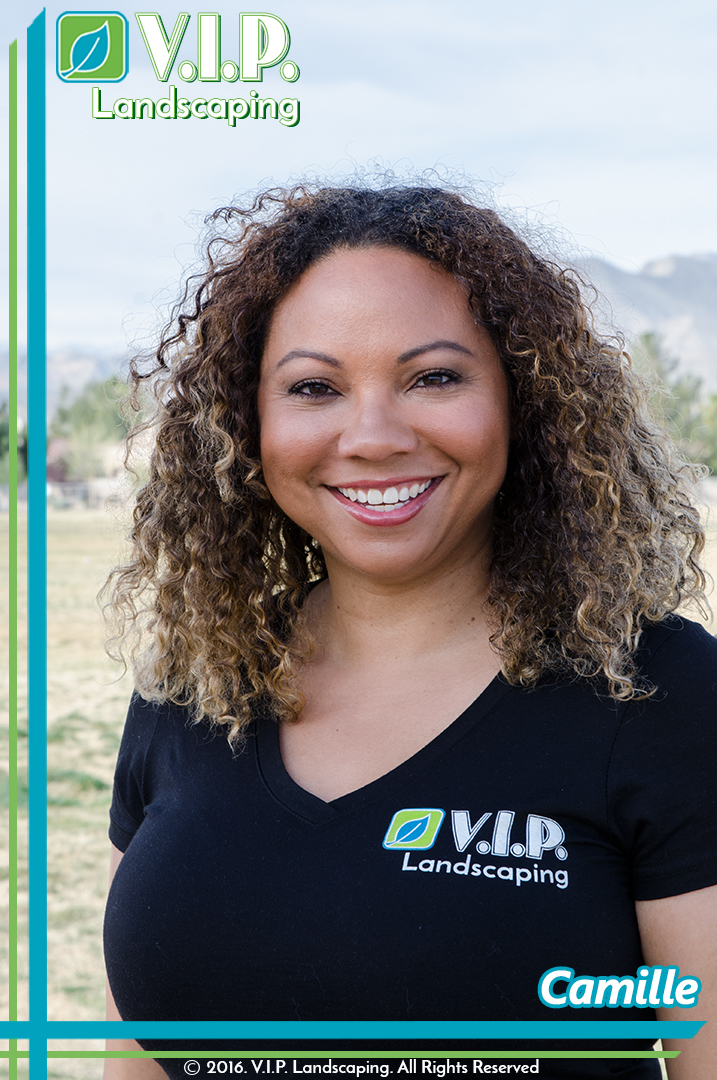